We all love Sunday brunch, don’t we? Sunday being, for many, the only day of rest in the week, the idea of waking late, then heading out to a long, leisurely, luscious brunch, has quite an appeal. I’ve always been a Sunday bruncher – it was something my mother instituted at home when I was growing up, and living in the U.S, Sunday brunch for Mother’s Day and the like was a given. Over the last couple of years, almost all the hotels in the city have started serving up Sunday brunches – some extravagant, some elegant, all enjoyable. One of the latest additions to the scene is at the Radisson Blue Atria Bengaluru. The old Atria Hotel has had a facelift and a brand makeover, and now under the Radisson Blu label, has launched a lovely Sunday brunch, which can be enjoyed poolside or indoors in the restaurant’s air conditioned comfort (which is what we opted for on a sweltering May afternoon). Oh, and a dip in the pool is part of the package, so make sure to carry your swimwear! 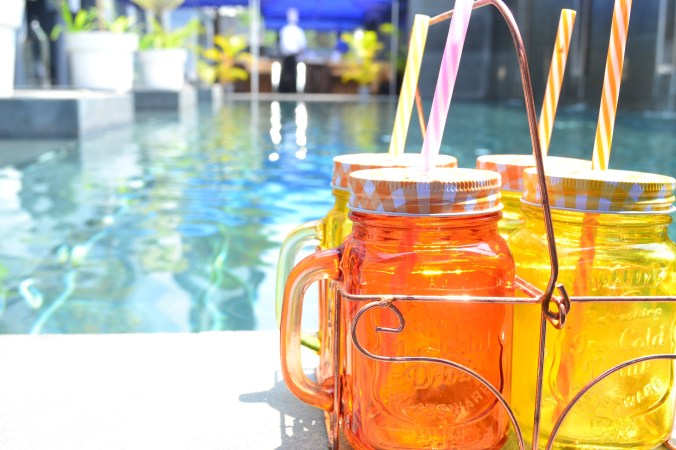 The live grills counter and a bar counter were set up outside – it’s an IMFL beverage package at INR 1950 plus taxes, which means you can drink and eat to your heart’s content – now that’s a nice way to spend Sunday afternoon! There was a nice spread, with Indian, Asian, Continental, and Mediterranean offerings across the salads, appetizers, and mains. What we were impressed with was the range of salads, the live grill counter, and the meats. The Papdi Chaat and Pani Puri (I liked the way it was served to the table) went down well – we all being chaat people. There was also Pav counter with both veg and non-veg, and dim sum and tacos, as also a pasta station and kebab corner.

I always pile my plate with the fancy salads at buffets, and this time was no exception. The Prawn salad with tomato salsa, Pesto rubbed fish  with orange segments, Seared tenderloin salad with wild mushroom, roasted shallots and Dijon mustard, and the Tuscan pork and bean salad were all nice flavor combinations and made a good chilled start to the meal on the hot day. There were the Middle Eastern dips of Baba Ghanoush and Hummus and Tabbouleh salad too – but we couldn’t find pita bread to go with it, and made do with the fresh breads from the bread counter which was quite nice. There were also Oysters served on the half shell, which were dressed with onions, lemon juice, and cilantro, and we went for a couple of rounds of these – fresh, beautiful, and definitely a treat! 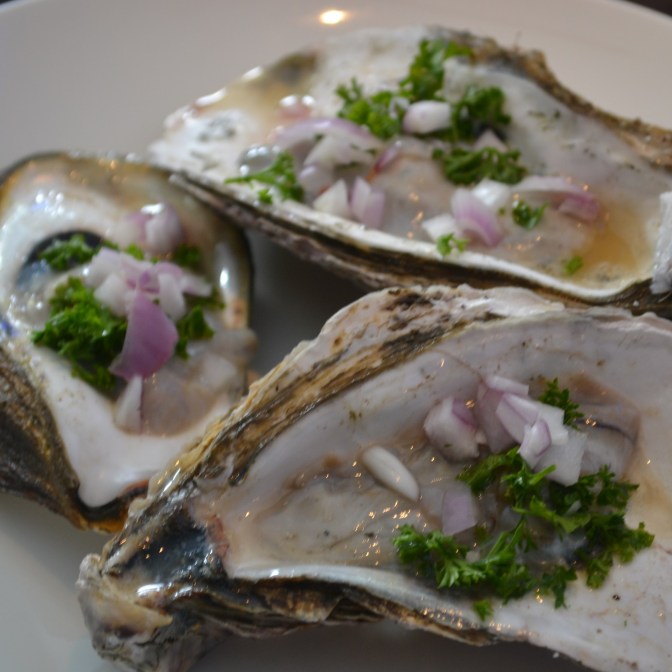 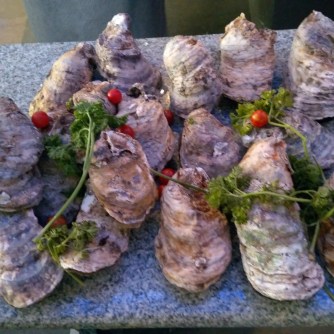 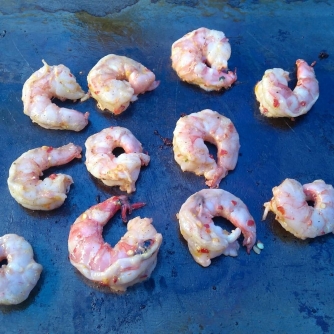 From the live grills, we loved the prawns which were large and fresh and simply prepared with a spice rub, letting the shellfish speak for itself. The Olive and Pepper Lamb Chops were also a big hit – perfectly cooked and again, with balanced spicing that did not overwhelm the meat. There was also a Mustard Marinated Fish, and Pesto Chicken. The Barbecue Pork Belly from the carving station was another item we went back for seconds off – the jus, the pork belly with the soft fat and the crackling skin – so good! There was also a selection of fairly typical mains – paneer, fish and chicken curries, biryani, dal makhani and more for those wanting Indian food, and Thai green curry chicken, an Oriental fish prep, veggies, fried rice, and noodles for those wanting Asian. 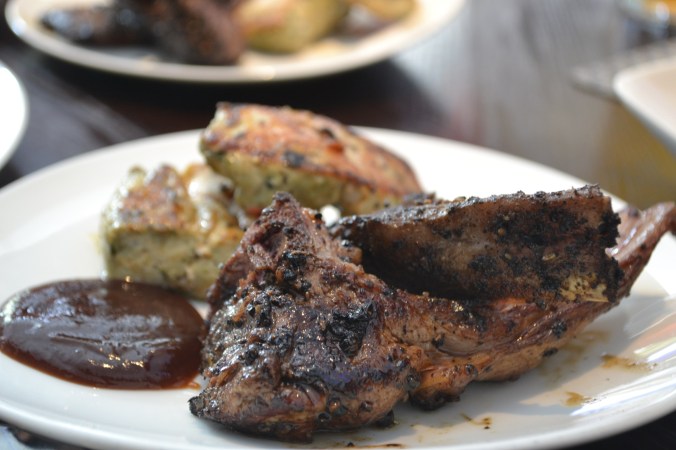 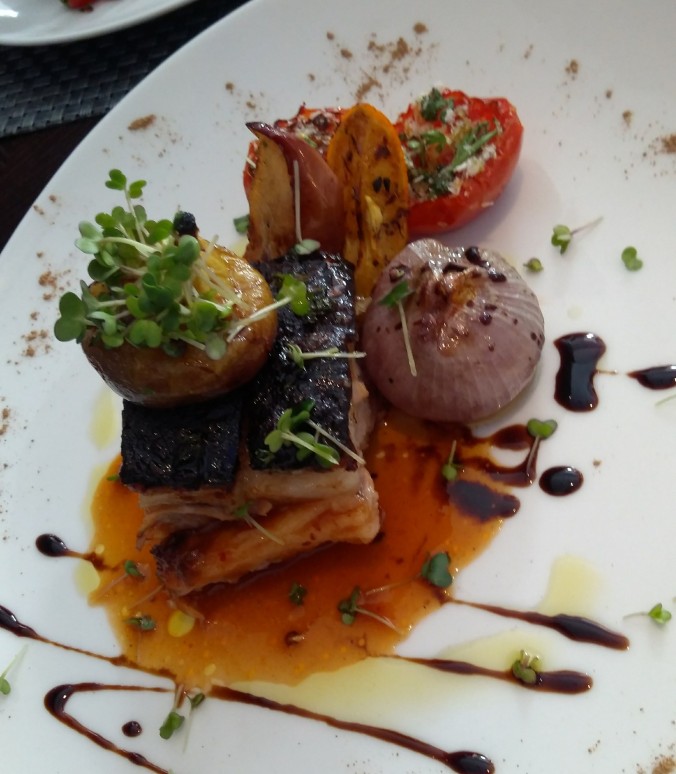 Such was the heat of the day that we stuck to beers and fresh juices, but were told they have some nice cocktails – next time! Dessert was not as vast as one sees in buffets, but everything was nicely put together, with around 8 pastries/puddings/mousses, and half a dozen Indian sweets including Kulfi, Sandesh, Ladoo, and Moong dal halwa. There was also ice cream and fresh fruits. I chose to end with the live banana fosters counter – there were various toppings and sauces to choose from and it was a good ending to the meal. Pancakes and waffles were also being made to order. I noticed a kids section with items more in tune to little appetites, like burgers, fries and smileys. All in all, a very pleasant experience at a good price point, and everyone’s sure to find stuff to their liking. 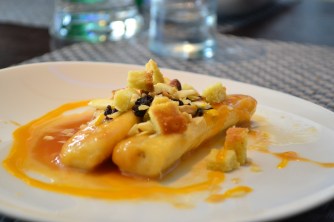