The Fatty Bao has brought us eighteen days, fourteen varieties, and some new flavor combos, textures, and tastes of sushi. This is sushi like you’ve never seen it before thanks to the ‘Sushi Unrolled’ food festival that has taken the traditional roll and unraveled it to reveal hitherto unknown depths (sushi as taco, sushi as pizza, sushi as sandwich, sushi as pita). This is not the delicate sushi one usually gets, either. These are heartier portions and pieces, and in shapes and dimensions that don’t require or actually, allow, for a pair of chopsticks to be pressed into service. Using one’s fingers would really be the best, so you can pick up that slice of tuna sushi pizza, or the sushi pita pocket, and pop it into your mouth! And of course, there’s the delectable Edamame and Fatty’s range of cocktails to go along with the meal.

The fest, which started a few days ago at Fatty outlets in Bangalore, Mumbai and Kolkata, runs through the 8th of April, which means you have two full weeks to visit (and revisit) the special menu. And now, here’s a look at some of the delights…talking about my favs here, but there were more like the Smoked Mackerel Compound Sandwich and yes, sushi rolls like the Spicy Tempura Fried Prawns, that we tried. 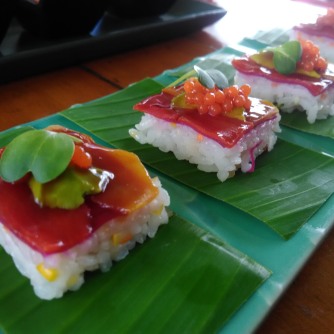 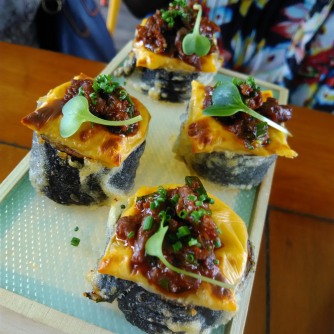 The Liberal Tobimayo Pita Pocket Sushi & The Progressive Vegetarian Pita Pocket The tuna pita pocket was my favorite dish from the ‘Sushi Unrolled’ menu – a must try!

Cross Bred Tuna Pizza
I was excited to see a cold pizza aka sushi pizza, and enjoyed the flavors and textures. It had a crispy sushi rice cracker base (although we felt it tasted more of other grains) and was liberally topped with tuna, cream cheese mayo, jalapenos, tobiko, capers, and mustard cress. There’s a veg version too.

Cross Bred Salmon Taco
Fancy a sushi taco anyone? Not words I ever thought I would be writing, that’s for sure! I really enjoyed the crispy shell with sushi fillings. Crunchy outside with a nice tangy filling of Sriracha mayo, spicy salmon, avocado, yuzu and tobiko. There’s also a vegetarian version, and a fried fish one (that sounds pretty darn close to a Baja Fish Taco with an Asian twist!).

We, being a largish table, also got a tasty peek into a couple of dishes off their new menu, including a brilliant Cold Green Tea Noodle Salad and the always delightful Fatty Bao desserts, which never disappoint! A special shout out to the Wild Apricot Salad dessert, which had that combo of tart and sweet that makes my tastebuds happy. The festival offerings are priced between INR 395 and INR 645, and the portions are good for sharing. A meal for two will run around INR 2000 plus taxes. 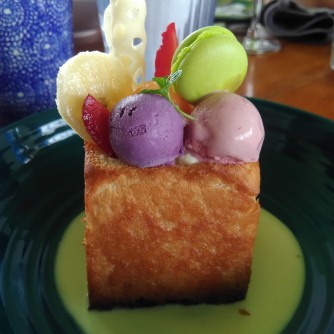 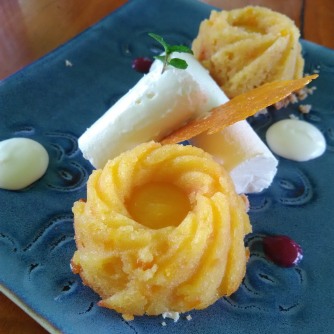