It’s that most wonderful time of the year – when the best and worst of lists of the year that was make an appearance, when malls, hotels, and restaurants are getting into the festive spirit, and everyone’s wanting to end things on a high note. Well, 2016, many say, has been a “worse” rather than “good” year. But there are still things we can do to keep happy, and amongst my set of friends, food ranks high on our happy-making experiences. Fatty Bao’s year-ending Night Market food festival falls firmly in this category, and they have really outdone themselves in creating a delicious, colorful, and enchanting experience for diners. Sticking mostly to finger and bite sized foods, like you’d see in an Asian night market, and with the Root to Fruit cocktail menu at hand (something Fatty launched recently) as accompaniment, there’s really no going wrong here. 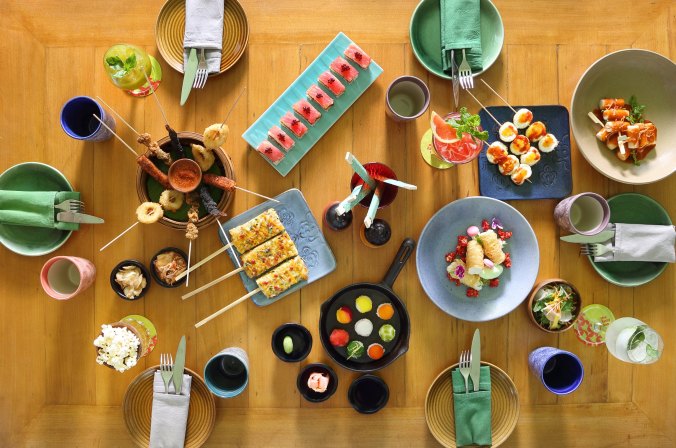 The all vegetarian Temari Sushi platter, served in mini skillets was the first dish on the table – the sushi had been rolled into golf sized balls and and had different seasonal vegetables. With some soy and wasabi on the side, these made for a delectable mouthful. Tuna Oshizushi was pressed sushi with soy caviar, and the non-veg offering. The grills and skewers that followed covered quite a range, from the Fried Stinky Tofu with a nice chilly sauce and tapioca crisps, to the Mindanao Beef Skewers, a Filipino Muslim style dish. From Thailand (home to some of the best street food!) there was Mu Ping, pork tenderloin that had been marinated and grilled, and which was accompanied by raw papaya salad. The two dishes that were the stars for me though, were the Firecracker Chicken Wings and the Grilled Quail Eggs. Really, you may be thinking, those sound quite pedestrian for a night market menu! But not when Chef Prashanth has had a go at them! The quail eggs were beautifully grilled and that Sambal Oelek sauce just upped the taste factor. The ubiquitous chicken wings were stuffed, you see, with basil jasmine rice and basted with a lovely sauce that echoes the flavors of the region. How’s that for interesting and a one-pot meal?

The Kushikatsu Seafood Platter that we had had skewers of fish, shrimp, squid rings and oysters – all done to perfection, and I especially loved the oysters. For dessert, we got rather un-street looking and very gorgeous plates, one being the Tokyo Banana, a light sponge cake, banana custard and caramelized banana ice cream – a little ode to fried ice cream was in there. And even though that sounds like a lot of banana, it was actually light and crisp flavors and quite delicious! The other platter, Lokot Lokot, looked like a piece of art and tasted as good – crispy rice threads encased a Jaggery Custard and mini macaroons and a couple of different sauces also dotted the plate. Just the way to end the meal! 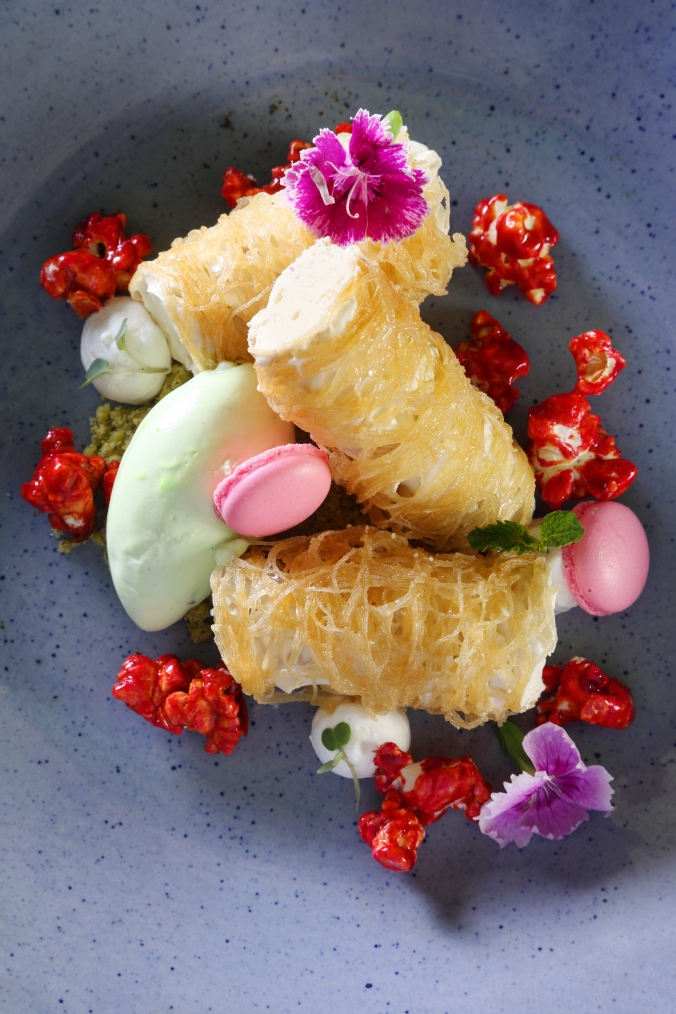 The Root to Fruit cocktails, which essentially bring as much of the fruit and herbs to the proceedings as is possible, had a range of exotic looking and potent drinks. Over the course of the evening, everyone loved every cocktail they ordered – now how often does that happen? I started with a particularly potent concoction, the Sesame Street, which had  roasted-sesame infused whiskey, Earl Grey bitters, sesame syrup and a sesame and honey coated cracker topped the glass tumbler, making for a cool picture. Deciding to stick to whiskey, my second cocktail was the K-Pop, featuring Earl Grey bitters, wasabi syrup, and popcorn-infused whiskey, served with a small wooden platter of popcorn kernels, that covered the tumbler. I of course tried some of the others’ drinks, like the Mi-So-Happy which lived up to its name, a concoction of miso mustard, ginger and lime, with a vodka base, and the Forbidden Fruit, a dark pink looking mix of tequila, plum puree, grapefruit ginger syrup, lime and soda. 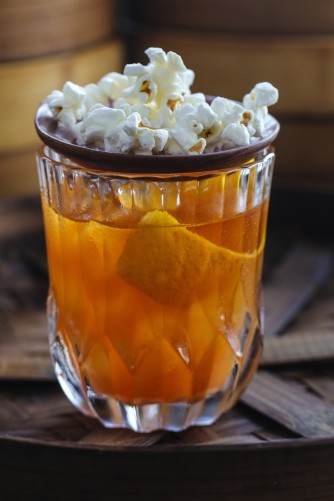 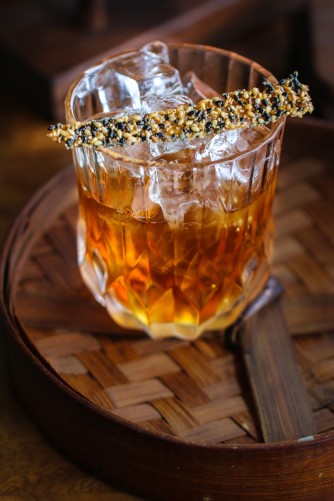 Make the time and head to this fest that showcases grills and delicacies from night markets across East Asia – all with some gentrification and that indomitable twist that marks everything Fatty does. So maybe your boss didn’t sanction your leave and your plans of traveling in Asia fell flat, or maybe demonetization did it instead – at least you can go enjoy the Night Market that’s on through the 1st of January, 2017, and experience the food. And then of course, start planning for the jaunt through East Asia again – I sure am! 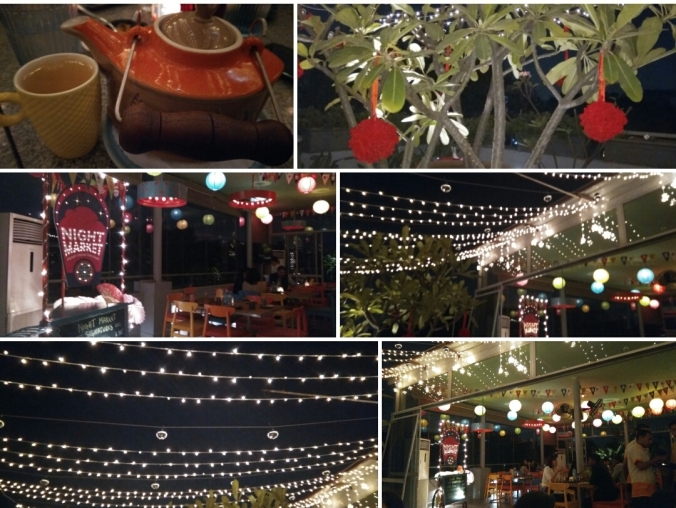